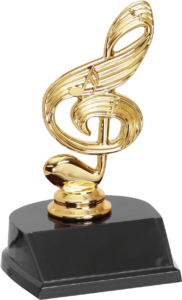 The Amherst Marching Comets have now been awarded Grand Champion for the second time this season while at the Avon Lake OMEA Competition edging out some very strong programs for the title. They are undefeated! On October 9th, they took first place in their division, best overall music, best overall visual, and received straight Superior ratings in all the captions. They also received Grand Champion which means they were the highest scoring band of the day. The band travels to Copley High School on October 16th to finish out their local district contests and will focus on their State appearance on October 30th in Columbus.

Want to look at pictures this season taken by all our talented parent photographers?   Click below for our AMC Facebook Photo Page for all the season’s pictures.

A tradition of excellence